I truly retired at the first of the year -- when I say "truly", that means I actually did it this time. I "retired" in 2018 from my high-tech career and took on the job of Master Gardener Coordinator for the county where I lived.

I took that job because 1) I'm a Master Gardener and 2) the position had a lot of turnover in previous years and so the organization of files and policies was in disarray. I thought I could get things somewhat organized and I enjoyed working with the MGs on all the projects they managed.

Well, it took 2 years but I got it mostly organized. We had the pandemic throw a monkey wrench into some things and then the derecho hit -- hurricane-force winds that blew for over an hour and we had no warning it was coming. The city lost 60% of its tree canopy and 1000s of homes were damaged. Recovery will take years.

I stayed until I was sure things were set up post-derecho and post-pandemic then I retired at the end of 2020. So for 3 months, I've had lots of time to:

And I've also had time to relax -- a thing I didn't have much of before. This retirement thing is pretty sweet, I must say.
I'll be back in a few weeks to tout my next book -- the Little Mermaid story. If you've ever read the original LM, you'll know she was a stalker and a somewhat disturbed one at that. I've taken that character and put her into a new story with a few plot twists along the way.
Coming soon! 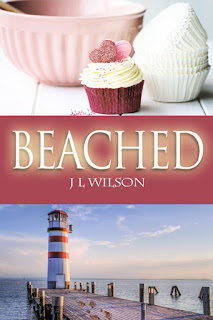 my latest newsletter is posted in which I talk about moving (and a death we weren't expecting), my future plans, and life in retirement!

A new year, a fresh start

Well, we did move -- there was a week of chaos before and after the move. Our closing date kept shifting, we'd already sold our old house so weren't sure if we'd have to go into temporary  housing, then the movers showed up and we didn't have the keys yet -- and got the code for the garage and the movers moved us in and then we got the keys.

And then one of our cats suddenly and unexpectedly collapsed. She was one of the young cats and the most active, so we had no idea what was going on. I had a frantic drive to the new emergency vet (across town) 12 hours after we moved in. Tests were run and the vets were bewildered by the results. There was no way to tell what was happening; the only solution was surgery, but they didn't think she'd survive it.

So we had to have her euthanized while we held her in our arms. Here I am, 10 days later, and I'm still stunned by the suddenness, the loss, the shock. She was our most vibrant cat; I could easily visualize her in spots in this new house, exploring and having fun. But now she's gone. It will be a long time before I manage to put her death behind me.

It reminds me that life is so ephemeral and we have no guarantees.

A new year and a fresh start, but I'll carry the grief with me for the first few months at least.

I put a copy of my recent newsletter in my Newsletter area -- in which I discuss an upcoming move ... I hope. The pandemic once again rears its ugly head and puts everything into chaos.

It's NaNo time in the city

Yes, it's National Novel Writing Month and despite all that's happening, I am "doing" NaNo again.

We're slated to buy our new home in 3 weeks and sell our current home in 3 weeks+1 day. So I'm a bit busy, getting stuff packed, weeding out, organizing. I'm also getting ready to retire (again). As you may remember, I retired in 2018 only to take up a new type of job 2 months after I retired from the old one.

Well, now I'm going to retire -- for good, this time. We move in early December then at the end of the year I retire and start a whole new life.

But until then, it's NaNo. I'm going to write a novel this month. It's my Sleeping Beauty story. I'm making slow progress, but I'm making progress nonetheless. Which explains why I'm not around much--I'm busy!

My latest newsletter has landed

I posted my latest newsletter amongst the others. In this one, I talk about the hurricane that hit Iowa, a book released, a book sold, a house sold, a house bought, and other incidentals of my life during the last two months.

My web site in the clouds

Welcome to a portal to my many worlds. Consider this my Slog: A web site/blog in Cloud Computing Land where I can keep information posted and current.

In my novel, Pried, the heroine (Jane Austin) writes a column for the local newspaper about the adventures of Nature Girl.
I've shared some of those stories here.

If you go to the SHOPPING Page (see that tab, over there ::pointing to the right and up::) you'll find links to all my books. A new page will open and it'll show you the book blurb, and some buying links for each book.
I have almost 30 books out, so that seemed simplest for me (and for you, I hope).

I can notify you when a newsletter has been posted here. Just send an email to jaye@jayellwilson.com.

Want to get in touch?
Email me: jaye@jayellwilson.com