These are some of the questions that I've been asked...

A. Now that's a long story best told over a drink at a bar someday. Suffice it to say, I used to have a real web site. Then one day the hosting company decided they couldn't host me any more unless I paid large $$ to them. I could have taken my files and gone to another host, but I wanted to redesign the site anyway.

I started looking at ways to do that which didn't involve installing proprietary software. I wanted the flexibility of updating my web site on the fly, as it were. A lot of people use WordPress as their web site base, and I was familiar with Google's Blogger, so I thought, "why not? Give it a try."

And here we are. I'm not sure if I'll keep it like this permanently, but for now, I'm enjoying the flexibility of having multiple web sites for my different genres.


Q. What do your initials stand for?
A. I'm not telling. Oh, I'll tell you my first name ("Jean") but not my middle name. A person needs a bit of mystery, don't you think?

Q. Where do you get the ideas for your stories?
A. I daydream a lot.

Once, while sitting at a stop light, I saw someone who looked familiar, and that got me to thinking, "Hmm, what would happen if an old boyfriend appeared in a woman's life, out of nowhere, decades after the fact?" Then I took that idea and played with it, remembering some of the truly odd people I've known, some of whom served in 'advisory' capacities in Nam. One idea led to another and before I knew it, I was writing Nowhere to Run.

The opening scene in Tried comes from personal experience. I was in a bar once when I witnessed a beating. Unlike Hannah, I didn't have to testify, but I'll never forget it as long as I live.

I know someone who was stalked because he laid someone off (Homicide, Hostages, and Hot Rod Restoration), I'm an ex-hippy war protester (If Not For You), I grew up in a small town (Brilliant Disguise). You get the idea. Pieces of my past show up all throughout my books.

Q. Where do you find the names for your characters?
A. Men's names are pretty easy. I've found that I prefer a man's name with more consonants than vowels. Women's names are a bit trickier; I usually have a plot and the hero's name in mind before I come up with the heroine. I try pairing them together ("Jack and Odetta"; "Hannah and Jude") to see how they sound.

Q. Where do you come up with the crazy titles of your mystery books? 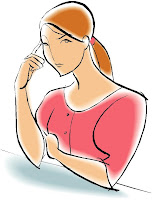 A. How that started is a LONG story, again best told over drinks in a bar (do you sense a pattern here?) It involves a publisher who is now bankrupt, dueling contracts, and a one-day turnaround to come up with unique book titles for 3 different books.

I switched gears when I wrote the Remembered Classics mysteries. Those have a one-word title that's a play on words, so Righter (he's a writer who rights a wrong), Twistered (Dorothy and a tornado: need I say more?) and so on.

Q. Why did you decide to become a writer?'
A. I've always been a writer. I wrote my first novel in 5th grade, all about horse racing (which I knew nothing about). I've been writing since then. My first professional job was as a proofreader, which led to copyediting, which led to technical writing.

Q. What kind of technical writing?
A. I used to document complex software systems and the underlying code that implements them. Programmers took my documentation and the accompanying software and then customized the product for their particular use. It's pretty arcane stuff.

Q. Where do your settings come from?
A. I've lived just about every place I've described. I've lived in many locations around the world, but I've spent the most time in Pittsburgh, Minnesota, Wisconsin, and Iowa. Those are the places that are the most vivid for me and hence show up in my books (because they're easy to write about). I occasionally toss in places where I've traveled.

My web site in the clouds

Welcome to a portal to my many worlds. Consider this my Slog: A web site/blog in Cloud Computing Land where I can keep information posted and current.

If you go to https://bit.ly/JLWbooks you'll see all my books with all the buying options. Or check the Book List tab (up there above) for printable book lists.

I send out a newsletter every other month. Just check up-top to see the latest one

Want to get in touch?
Email me: jayellwilson@yahoo.com